Summary:Since the outbreak of COVID-19, more than 2.6 million Deputies to the People's Congress at all levels including nearly 3,000 NPC deputies carefully implemented the important speech and important...

Since the outbreak of COVID-19, more than 2.6 million Deputies to the People's Congress at all levels including nearly 3,000 NPC deputies carefully implemented the important speech and important instructional spirit of General Secretary Xi Jinping and the Party Central Committee’s decision-making and deployment, keeping in mind the original intention and mission, facing difficulties, acting as role, giving full play to the role of the NPC deputies as a model leader, fulfilling their duties and responsibilities, and quickly investing in epidemic prevention and control, resumption of production and other tasks. They collected people's voices, gathered people's opinions and spread sentiment of the people, put forward many scientific and reasonable opinions and suggestions, and contributed to the victory of the people's war, the overall war, and the war of prevention and control of the epidemic. 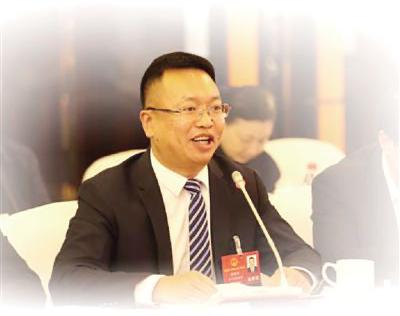 In the past few days, Nie Pengju traveled back and forth between Hunan and Guangdong, feeling that there was not enough time. The company's five or six factories have all resumed work, and they all need him to organize and coordinate work.

However, despite his busyness, Nie Pengju has always paid close attention to the protection of workers. "Although the local epidemic in China has been brought under control, it cannot be relaxed at all, disinfection and masks must be put in place."

Around the Spring Festival, the epidemic was severe in some areas of Hubei. After the media reported that some hospitals in Wuhan were in short supply, Nie Pengju wanted to organize a donation of a batch of medical masks. But he traveled many markets, but found that purchasing medical supplies was surprisingly difficult.

Through the information obtained from the customers in the medical industry that he usually serves, Nie Pengju carefully analyzed and found the crux of the problem. "The main problem is that the production capacity cannot keep up. At that time, the national daily production capacity of masks was only more than 14 million.At the same time, there are irregularities in the way that masks enter the market from enterprises, which ultimately results in many people not being able to buy masks. A few can buy them, and they also need to pay high prices. This has caused great difficulties in prevention and control of epidemic! "

Without hesitation, Nie Pengju acted immediately. From the third day to the fifth day of the first month, he spent 3 days urgently visiting 8 companies, surveying medical companies and automation equipment manufacturers, and then quickly sorted out "Introduce fully automated production lines for masks in key areas of the epidemic to ensure supply; further strict supervision Mask enterprises, support all production capacity in epidemic areas; encourage enterprises to invest in and produce masks across industries ”and other three suggestions.

On 9th February, he submitted representative suggestions through the recommendation platform provided by the Hunan People's Congress and the State Council's "Internet + Supervision" platform.

The feedback came in a timely manner. In less than 3 days, the staff of the National Development and Reform Commission called him, communicated the status of the recommendations, and considered incorporating the recommendations into relevant policy formulation.

Regarding how the NPC deputies perform their duties, Nie Pengju said: "The party and the people are concerned about what we have to focus on. For example, the country is now promoting the work of resuming production. At the government level, the enterprise level, and the labor level, there are many new problems and new issues. The phenomenon is worthy of attention and worth studying, waiting for the NPC deputies to make a voice and make suggestions in a timely manner. "

Nie Pengju said that people's congress deputies should make full use of their industry background and professional knowledge, conduct more investigations and think more, provide opinions and suggestions for the party and government's decision-making, and express their voices to solve the difficulties faced by the common people.