Summary:On December 4, 2019, the United Front Work Department of Guangming district, Shenzhen city lauched an inverstigating and visiting companies activity, which was based on the thematic education of...

On December 4, 2019,  the United Front Work Department of Guangming district, Shenzhen city lauched an inverstigating and visiting companies activity, which was based on the thematic education of “Remain true to our original aspiratic and keep our mission firmly in mind”. Qin Jingteng, member of Guangming district Standing Committee and minister of United Front Work Department, lead the relevant officials of Ministry of Industry and Information Technology of Guangming district and Yutang subdistrict office to visit and investigate shenzhen keli motor co., LTD. Accompanied by Nie Pengju, the chairman of company, comrade Qin Jingteng visited the production site of the company to have a detailed understanding of the company's research and development environment, as well as the development progress and application status of the products.

At the symposium, comrade Qin Jingteng listened to the report of the chairman Nie Pengju on the development of shenzhen keli, and had a detailed understanding of the development history of Keli, the industrial development layout, the technical advancement of the new generation servo system and the market application prospect.

Servo system, as the core component of the robot and artificial intelligence, belongs to the high-end equipment manufacturing of "China 2025" strategy. Servo system mainly used in robot, industrial automation equipment, aerospace and other fields. It is a strategic emerging industry supported by the country. The latest generation of Keli servo system will make a new breakthrough from the core technology, which would reach and gradually surpass the Japanese, European brand technology.

Comrade Qin Jingteng fully affirmed the development of Keli group, and was very optimistic about the future of Keli's artificial intelligence and the core of the robot, servo system. He expressed the hope that keli would continue to develop and grow in Guangming district, and raised high expectations for the development of collier group. 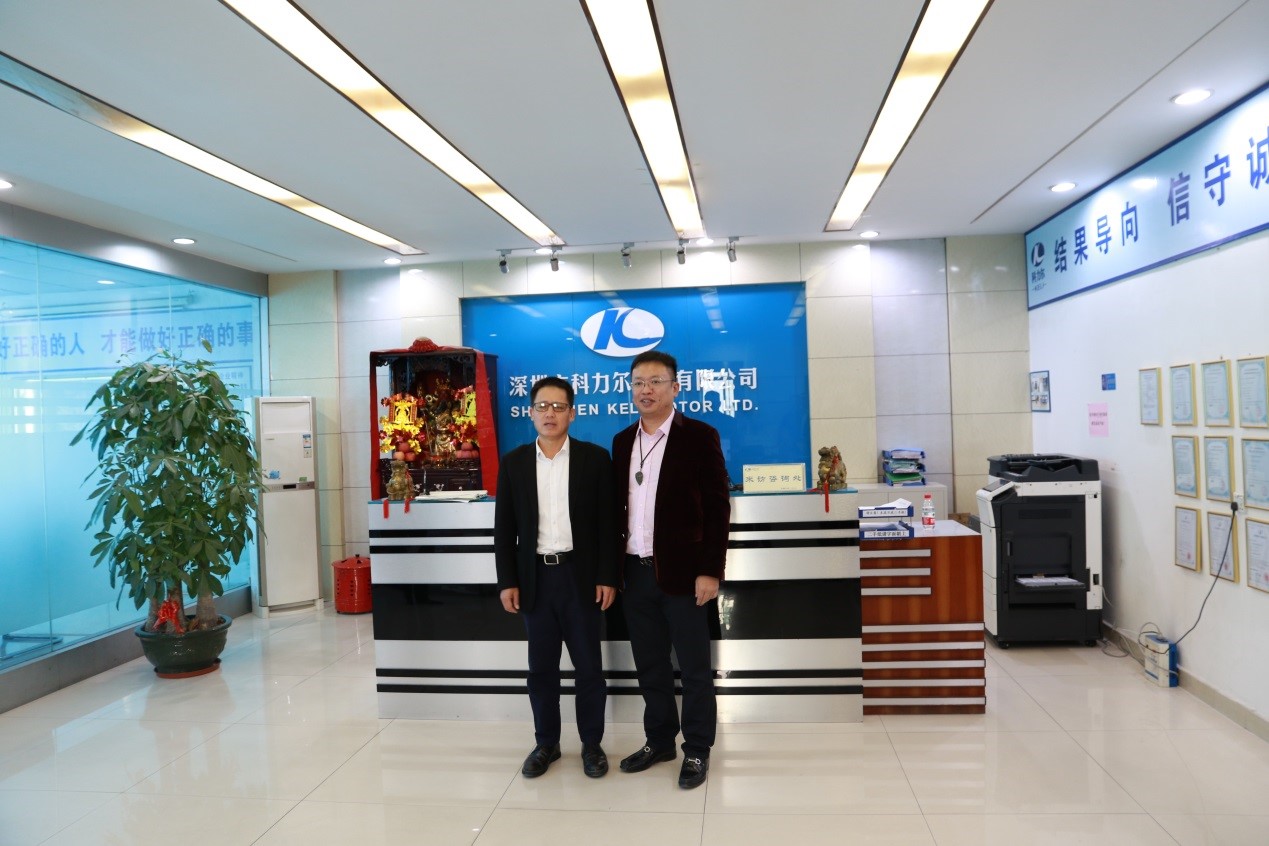 Previous: The chairman of Keli Pengju Nie was honored as one of the top ten ingenious characters of Chinese brands in 2019
Next: Warm Congratulations to General Manager Nie Pengju for being elected as the Representative of the 13th National People's Congress
News