Summary:"It is suggested that the state focus on supporting and cultivating three top core parts industry benchmarking innovation enterprises of industrial robots, promote the development of the industry... 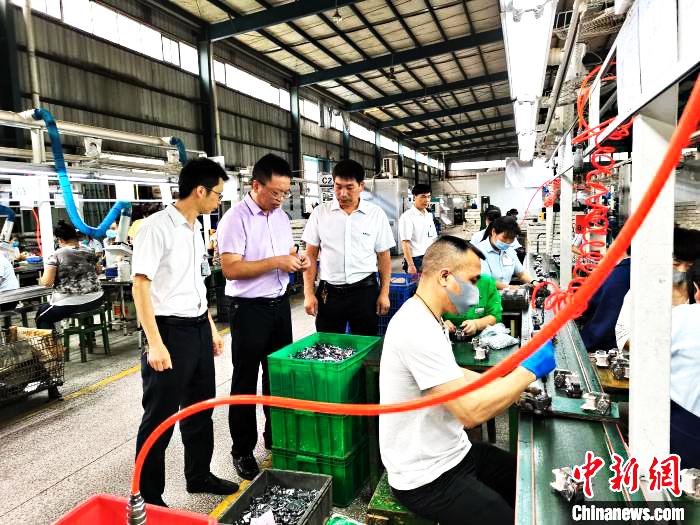 "It is suggested that the state focus on supporting and cultivating three top core parts industry benchmarking innovation enterprises of industrial robots, promote the development of the industry in the middle and high-end direction, so that the product technology and quality standards can reach or exceed the international advanced level." The two sessions of the National People's Congress 2020 will be held soon. The deputy of the National People's Congress and the director of Keli Motor Group Co., Ltd., Nie Pengju, is concerned with the development of industrial robots in China.

With the continuous development of China's social economy, the labor cost of manufacturing industry is rising rapidly. The contradiction between supply and demand is prominent, therefore, enterprises need to transform and upgrade urgently, and industrial robots will be applied more and more in the intelligent transformation of domestic manufacturing industry. According to the data of the International Federation of robots, China has become the largest consumer market of industrial robots in the world for six consecutive years (currently accounting for about one third of the global market), and is still growing rapidly at a rate of more than 20%.

"Industrial robots integrate the cutting-edge technologies of materials, electronics, software, manufacturing and other disciplines, and require highly in talents, technology and capital investment. They are the most representative products in the field of intelligent manufacturing and a symbol of the strength and level of national science and technology." Nie Pengju found in the survey that compared with Japan, Europe and the United States and other developed countries, China's industrial robot industry has some bottlenecks, such as weak independent innovation ability, lack of core talents and technology, and the middle & high-end core parts are severely controlled by others.

Industrial robots are mainly used in welding, spraying, handling, assembly, cutting and other fields. Controller, Servo system and Precision reducer are the three top core parts with the greatest technical difficulty. Servo system is the core "heart" of all kinds of robots and precision equipment. Last year, Nie Pengju led the team to successfully develop the latest generation of servo system which integrates servo motor, encoder and servo driver, and which can be used in lithium battery equipment, CNC machine tools, electronic processing equipment, robots and industrial automation equipment and other fields. The product performance reached the level of Japanese products, breaking the monopoly of foreign high-end markets.

"The core talents and key technologies of the three top core parts are the biggest bottleneck restricting the development of China's industrial robots. At the same time, these three top core parts have features of high investment, long cycle, slow effect, and high threshold. General enterprises can't make it bigger and stronger. If they want to improve the level of research, development and manufacturing of domestic robots, they must firstly improve the technology and quality level of the three top core parts." Nie Pengju suggested that enterprises could cooperate with colleges and universities and vocational schools to cultivate targeted high-quality industrial talents. At the same time, enterprises could build R & D centers with colleges and universities and scientific research institutes, aiming at the international frontier and industrial development reality, and jointly develop and tackle key problems.

At present, China's robot industry is with many opportunities in manufacturing, specially-used robots and other applications. With the aging development of the population, medical robots, nursing robots and home robots will have a great breakthrough. It is estimated that the demand for industrial robots in the manufacturing industry will exceed 500000pcs in 2020. " National industry associations and technical standards associations can be established to increase the basic and prospective research on software & hardware technology and application." According to Nie Pengju, if the technology and quality of innovative products developed by industrial robot enterprises with independent intellectual property rights can completely reach the level of foreign advanced benchmarking enterprises, and can completely replace the medium and high-end market, with market share more than 10%, the state can give a major special award of no less than 5 million yuan to the enterprises after the evaluation of the expert group.

Nie Peng has always paid attention to the people's livelihood and made active suggestions around the country's economic and social development. During the epidemic period in this year, he also mobilized the group to donate RMB 1019800 to Wuhan Jinyintan Hospital and Wuhan Leishenshan(Thunder God Mountain) Hospital to help Hubei province fight with the epidemic. On the basis of extensive research on mask manufacturers, Nie Pengju also submitted "suggestion on rapidly increasing the productivity of mask" through the "Internet plus supervision" platform of the State Council, calling for the entrance of the automatic production line of mask to ensure supply in the serious epidemic areas, and encouraging enterprises to make cross-industry investment in mask production.