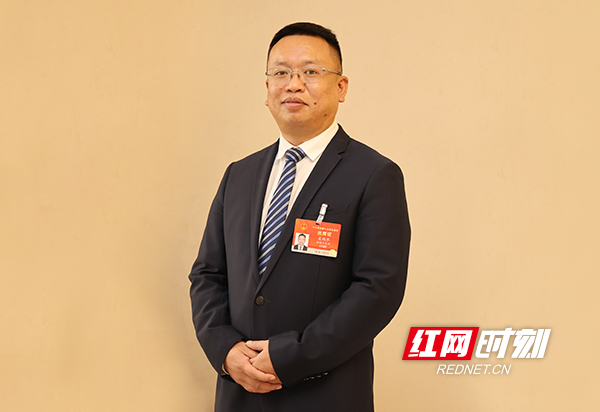 Nie Pengju pointed out that the Hohhot-Nanning high-speed railway is one of the "Eight vertical and eight horizontal high-speed railway" channels defined in the National Medium and Long Term Railway Network Plan, In Hunan Province through the five cities -- Changde, Yiyang, Loudi, Shaoyang and Yongzhou, changed to Yiyang section as a section of Chongqing-Changxia high-speed railway passage has started construction, Loudi to Shaoyang section by 200 km/h has been completed and opened to traffic). The Shaoyang-Yongzhou section of the Hohhot-Nanning high-speed railway is at the southern end of the new line, in the national high-speed rail network as a bridge between the east and the west, connecting south to north, the line is 95.4 kilometers long, the total investment is RMB16.423 billion (51.9 kilometers in Yongzhou, the total investment is RMB9.1 billion ). The Shaoyang-Yongzhou section of the Hohhot-Nanning high-speed railway is an important section of the new channel from Guangdong-HongKong-Macau Greater Bay Area from the north and Guangxi from north to east, upon completion of the project. On the one hand, high-speed rail links can be formed between the provinces, cities and states; on the other hand, It will build a large external channel between southern Hunan and western Hunan, to promote the rapid docking and integration into the Guangdong-HongKong-Macau Greater Bay Area and Chengdu-Chongqing double-city economic circle in Xiangxi, southern Hunan, form a new growth pole in the province. The current research report of Shaoyang to Yongzhou section of the Hounan high-speed railway has been compiled, the railway line is less than 100 kilometers long, the construction conditions is good, the conditions for the start of the project have been basically mature.

Shaoyang and Yongzhou are the population cities and labor export cities in Hunan, They have a large population in the Pearl River Delta and Beibu Gulf all year round, which has the basis to support the railway passenger volume. The tourism resources along the route are rich, Shaoyang Langshan Mountain is the world natural heritage, Chengbu Nanshan is carrying on the national park system reform pilot, Yongzhou is the national historical and cultural city,which has the exuberant passenger transportation demand. Speeding up the construction of the Shaoyang- Yongzhou section of the Hohhot-Nanning high-speed railway will open up a new channel in Hunan and Guangxi, which give full play to the location and resource advantages of Shaoyang and Yongzhou, bring a large number of people, logistics and economic flows, and create conditions for the region along the route to connect with the national "Belt and Road" initiative, promote the entry into force of major policies, speed up industrial transformation and upgrading, promote the rapid development of foreign trade, and consolidate the achievements of overcoming poverty.